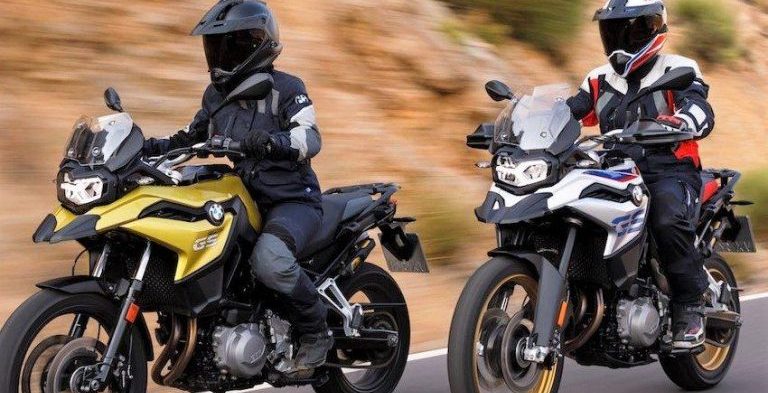 BMW Motorrad has launched two middleweight adventure bikes – the BMW F 750 GS and the BMW F 850 GS at the Auto Expo 2018. The F 750 GS is priced at ? 12.2 lakh (ex-showroom, Delhi) and the F 850 GS is priced at ? 13.7 lakh (ex-showroom, Delhi). The deliveries will begin in the second half of 2018 while BMW Motorrad has started taking the bookings for the bikes. Both bikes share a new 853 cc, parallel-twin engine but have different states of tune and will have slightly different personalities. According to BMW Motorrad, both bikes will be targeted at different buyers and will be offered as completely built units (CBUs) in India. The F 750 GS and F 850 GS are compact and lightweight and offer a slightly smaller and lighter alternative to big adventure touring bikes like the BMW R 1200 GS.

The German firm has stuck with its practice of making the two models the same capacity, despite their names suggesting otherwise.

They feature a new steel monocoque frame using the parallel-twin engine as a stressed member.

Both get a new fork – an upside-down 43mm one in the case of the 850 and a righ-way-up 41mm one for the 750 – plus an aluminium double-sided swing-arm and shock, with BMW’s ‘ESA’ electronic suspension adjustment optional.

The firm’s ‘ASC’ traction control system is standard, as is ABS. Standard riding modes are ‘Rain’ and ‘Road’ with more available as a further option.

Other options include a TFT ‘Connectivity’ dash, as showcased on the latest R1200 GS Adventure, along with BMW’s ‘intelligent emergency call function’, which can automatically summon help in the event of a crash.

In common with their predecessors, the F750 GS has cast aluminium wheels with a 19-inch front while the 850 has wire-spoked ones with a 21-inch front, for more off-road potential. The 850 also has more suspension travel at both ends.

BMW says other changes include the fuel tank, which has been repositioned for improved centre-of-gravity.

The bikes were unveiled this morning at the Eicma motorcycle show in Milan.

BMW said in a press release: ‘Even more so than their predecessor models, the new F 750 GS and F 850 GS are targeted squarely at their respective clientele. The F 750 GS is designed for all riders who prefer the sensation and conceptual design of a travel enduro in combination with a low seat height, copious power availability, high cost-effectiveness, and powerful all-round qualities. Opposite this is the new F 850 GS, which besides offering more power and torque, features even more distinctive touring characteristics coupled with supreme offroad ability.’